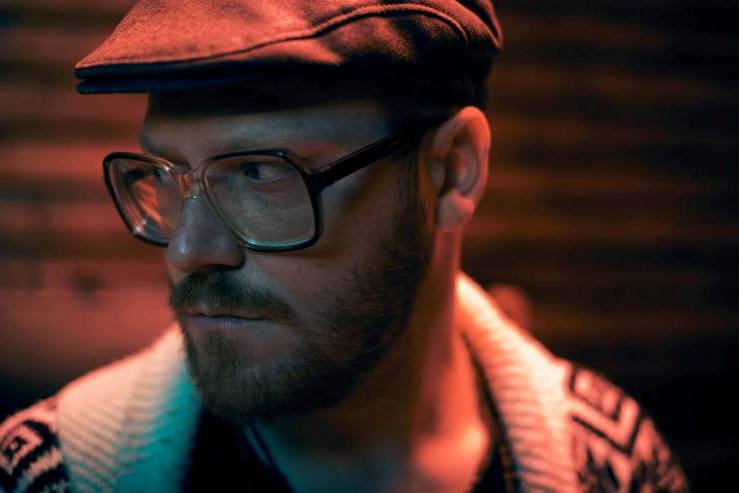 A music video for the song „Set It Free” by Mosi was released a few days ago.
„Set It Free” is a single from the upcoming debut album.

Ingi Þór Tryggvason talks about current work and the process of making the music and the first video.

Marcin: Could you tell a bit of history about you and what does lead you to create what you are already creating?

Mosi: I come from a small town in north of Iceland called Akureyri. It’s amazing and beautiful town but only about 20.000 people live there. When I was young I was always better at art than math and all that left brain stuff at school so I did what my older brother did, who is also a musician today, I became a graphic designer. I moved to Reykjavík to work at a very good advertising agency and had worked there for 8 years. I had a really good job and big clients to work for but I was getting a little bit bored. When the economy collapsed in Iceland late in 2008 I just lost all faith in the system …all the lies and everything …life is not supposed to be hard with no rewards except for hard work. That’s a bullshit. I had enough and decided to follow my dreams and be whom I always wanted to be, a musician. Now, five years later, I’m finally getting there.

Marcin: When did you start playing music? How did you get started in music?

Mosi: I come from a very musical family, my grandfather, mother and brother all played the piano but I never learnt how to play any instrument but there was always a piano or a guitar around the house. When I was about 12 years old I started playing guitar and sort of learnt how to play by myself by listening to David Bowie. My brother had this notebook „The Songs of David Bowie” with all the chords in it …so that’s how I learnt. Soon I started writing songs and I still remember the first song I wrote. It’s actually pretty cool. I might use it later. In my late teens I started playing in a rock and roll band and had done that for few years but eventually I went to school and became a designer.

Marcin: What do you listen to for inspiration?

Mosi: For inspiration I listen to David Bowie a lot. Radiohead always gets your creative brain going because they are so damn creative it’s hard not to get inspired when you hear them. I also like James Blake. But it’s hard to pin point a few artist because there are so many that have inspired me over those years.

Marcin: How do you go about writing your songs, and building up the layers of sounds?

Mosi: Writing songs is about feeling for me so I usually write all my songs sitting with a guitar or sitting by the piano. I chase the feeling …and when I have the melody down I usually write the lyrics right away. After the song is ready I start to record it. Usually I start with the beat and then work some chords in and bass line. Like build the basic grid of the song. Then I do vocals and start to add layers. But I think the key is: less is more. But usually I add way too many layers at first but then start to simplify again. I’m still learning.

Marcin: What five words would you use to describe your music the best?

Marcin: What are you working on currently?

Mosi: Right now I’m working on my first album I plan on releasing next summer. I have 12 song and most of them are very close to being ready. I’ve recorded them all but I’m still working on few arrangements. Also this winter the director of the „Set it free” video, Joost Horrevorts, will be back to Iceland so we will begin to plan our next music video. Also I plan to do a lot of live shows with my band.

Marcin: Tell me about the creation a music video for „Set it free”.

Mosi: It’s an interesting story how the video came to be. A dutch film crew came to Iceland to shoot a music video for Sander Van Doorn and I got to know the crew while they were here. I let them hear my music and they just loved it and offered me one day to shoot a video. I had an idea for this video and knew some awesome location and good friends to act in the video. Like the old man in the video …he is my next door neighbour. It shows that you can do a lot with a little help from a friend.