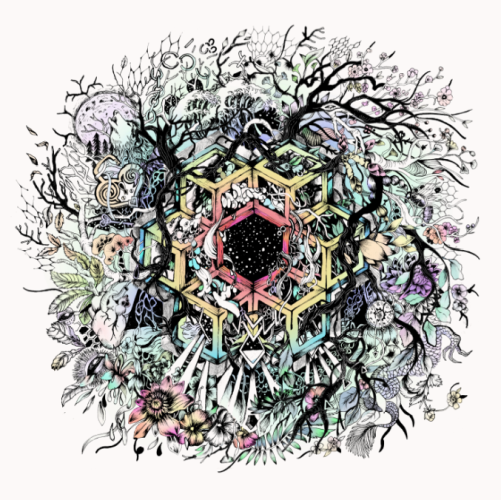 Interview with Jón Óskar Jónsson from Robert The Roommate

Who are the members of the band? How they did the album? These and other questions will be answered percussionist Jón Jónsson Óskar.

Jón Óskar: This band was actually formed because our singer Rósa wanted to do stripped down covers of Leonard Cohen songs. But that soon changed and we started to cover various songs from the 60’s and 70’s, as well as few newer songs. After sirca a year of that we started writing our own songs. Me and Rósa have known each other since we were teenagers and we met Daníel in our music school. Rósa knew Þórdís and got her onboard and so the band was complete.

Marcin: Robert the Roommate was formed in spring 2010 so what have you been doing for the last three years?

Jón Óskar: Like I said we started out playing various cover songs and gigging around Reykjavík. As time went by we tried writing our own songs and in time we had enough to fill an album. So we’ve just spent the three last years playing in Iceland, getting our sound together and finally making an album.

Marcin: Have you played in any other bands before Robert The Roommate?

Jón Óskar: We’ve all played and still play in various bands alongside playing in Robert the Roommate. Rósa has sung/played with Páll Óskar, Bubbi Mortens, Jónas Sig. og Ritvélar framtíðarinnar, Skúli Mennski and many more, she also has her brilliant solo project. Daníel plays with DÓH trio and sometimes SJS Big Band. Þórdís also plays with Transceivers, and the band Kliður. I play with the icelandic artist sóley, and have been touring quite a bit with her for the last two years. Plus all this we play various other local gigs.

Marcin: Do you have any musical education?

Marcin: Who is Robert in your name?

Marcin: I’d like to hear about the writing process for your debut album. Tell me about how that went about.

Jón Óskar: Usually somebody comes with an idea, then we just jam on it and see if anything happens. If we like it we try to arrange it so it sounds nice to our ears. We have been playing all our songs for quite some time live before we recorded them, so we had lots of time to process the songs and try things out.

Marcin: What are the bands to inspire you?

Jón Óskar: There are so many… We all like Led Zeppelin, Leonard Cohen, Joni Mitchell…as well as some newer stuff like the Fleet Foxes, Avishai Cohen, and countless more.

Marcin: And what about the lyrics? How important are they for you? What’s happening lyrically on the album?

Rósa (singer and lyricist): The lyrics are about life and love, aswell as hardships and troubled minds. I write about friendships, the joy of being young and free, loves lonesome roads, loss of loved ones, days of summer aswell as dark times of lonelyness. – lyrics are very important to me for without a story there’s really no reason for singing those words. If you want to incorporate feeling to a song you’ll need to believe what you are saying, and thus you’ve got to make some sense in you’re writing. Lyrics are to me poems wrapped in melody and harmony. My father is a poet so I have always taken the art of writing quite seriosly. My absolute favourite poet is Leonard Cohen, and from him I get great inspiration.

Marcin: And now tell me about the album recording process – where did it take place and did you have any particular challenges to overcome?

Jón Óskar: We recorded the album in Studio Sýrland with our good friend Bjarni Þór Jensson as the engineer, he also mixed the album. It was all pretty straight forward, we’ve been playing these songs live for quite some time so we it was only a matter of getting a good take. So we tracked the percussion, guitars and cello at the same time, me and Danni were in the same room while Þórdís was isolated in a booth, to avoid any interference from us guys. I think we did the foundations for the songs over a weekend and then during the next week Rósa did her vocals and we added some overdubs. So it was all rather quick and easy.

Marcin: Your debut album was released in April 2013. What do you think of your debut album? How does this album feel for you and how would you describe the album?

Jón Óskar: What do we think? Haha well we of course think it is great! We are proud of it. It’s a rather mellow album, there are only three uptempo songs on it, but I would say it’s still pretty varied. How does it feel for you?

Marcin: Who handled the album artwork?

Jón Óskar: Our brilliant friends Louise Chappell and Becky Bolton from Good Wives & Warriors did the album artwork. You should check them out at http://goodwivesandwarriors.co.uk/

Marcin: How and why did you decide to fund music video by crowd-sourcing on karolinafund? Could you tell something more about it?

Jón Óskar: Well our friend Frikki wanted to do a music video for one of our songs, so we just told him to go ahead and do it. He know we didn’t have any real budget for it so to be able to pay the good people that made the video we decided to try to raise some money on Karolina Fund. And it worked! We would like to thank all the good people who helped us out with that.

Marcin: Any plans for the future?

Marcin: What albums are you listening to that you’d recommend and what’s coming out soon you are excited for?

Jón Óskar: At the moment I’m listening a the Jim Black trio, the album is called Somatic. Other albums that are on and off my record player these days is the self titled album by The Band, and Avishai Cohen’s Seven Seas. I’m really looking forward to hearing the new Alas No Axis album, as well as the next Halloween, Alaska album.

Marcin: How would you describe the music scene in Iceland? What do you think is interesting in Icelandic music?

Jón Óskar: Active. There are many bands, and artists doing all sorts of music, and I think that is one of the most interesting things about it. Almost any evening you can find multiple concerts down town, each one different from the next.