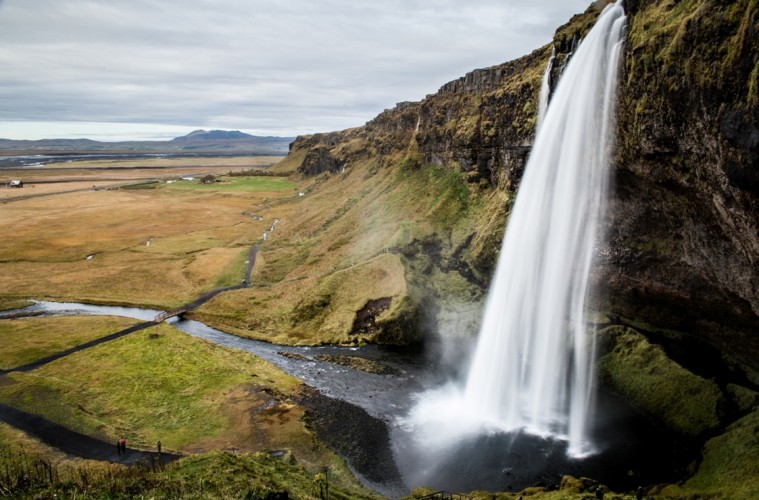 Struggle for turists with nature

Iceland cannot complain about the lack of tourists. The vast majority of them come to Iceland being appealed by its exotic landscapes, looking for adventures in the savage, but sometimes also dangerous, nature. And even though tourism becomes more and more important for the country’s economy, Anna Margret Guðjónsdóttir, a long serving director of this sector in Reykjavik, says about the necessity of continuing promotion of the island. This time the tourists are supposed to be attracted by its rich culture.

As far as last 20 years Iceland was located on the margins of the touristic map of Europe. Nevertheless, since the ancient times it was regarded as an exotic, remote place – legendary Ultima Thule. In the Middle Ages it was an ideal hermitage for the Irish monks and an asylum for the Norwegian exiles long before the settlement. Described by a Czech priest Daniel Vetter, who travelled to Iceland in 1613, the island has become an unusual destination for the Europeans in the 19th and 20th century, especially artists and writers – seekers of the uniqueness and fantasy, such as William Morris, CS Lewis and JRR Tolkien.

Not before the Second World War the regular and numerous groups of foreigners have occurred in Iceland; in the second half of the 20th century the country was visited by American soldiers, to be stationed in Keflavik, and their families. Increasing number of visitors from the overseas could also be explained by the policy of Loftleiðir air waves offering free stops on Iceland during intercontinental flights. 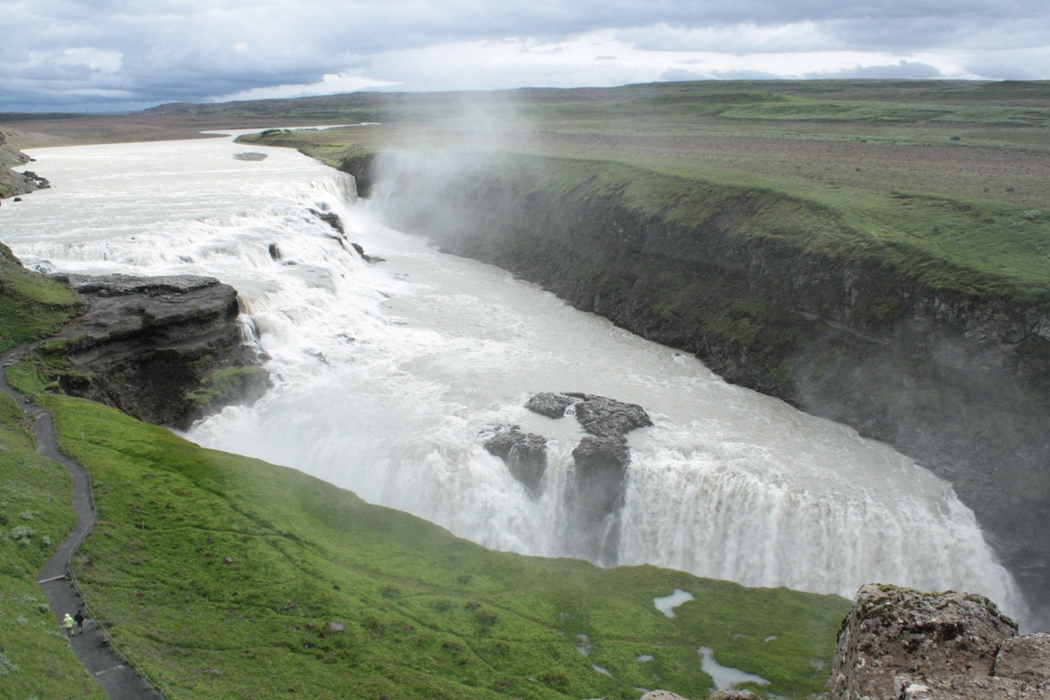 The real popularity of the country started to grow up not until the 90’s, which was undoubtedly caused by the debut of Bjork in The Great Britain. All of a sudden the European music industry blossomed with other successful Icelandic groups: Sigur Rós, GusGus, múm by whom Iceland was then being imagined as a magical, mysterious, fairy-tale land. Iceland has become the centre of the alternative music; in 1999 the Iceland Airwaves Festival was established. Thanks to its sponsor people would travel to Iceland more easily and in the following year the number of tourists has exceeded Iceland’s population.

In 2002 the fans of James Bond got to know beautiful Jökulsárlón’s landscapes as settings for “Die another day” and so the nature became another factor appealing the foreigners to the country.

Their number was increasing each year, and in 2014 the touristic bubble burst.

“This year we are attending 1.2 mln tourists. We feel overwhelmed”, says Anna Marget Guðjónsdóttir. 2015’s Iceland Airwaves Festival edition had to be postponed due to insufficient number of accommodation. Despite the improvement of Icelandic hotel industry, still the number of visitors is overwhelming. This year there will be 4 times as many tourists as the Icelanders.

Do Icelanders actually feel overwhelmed and they are keen on detesting the tourists? 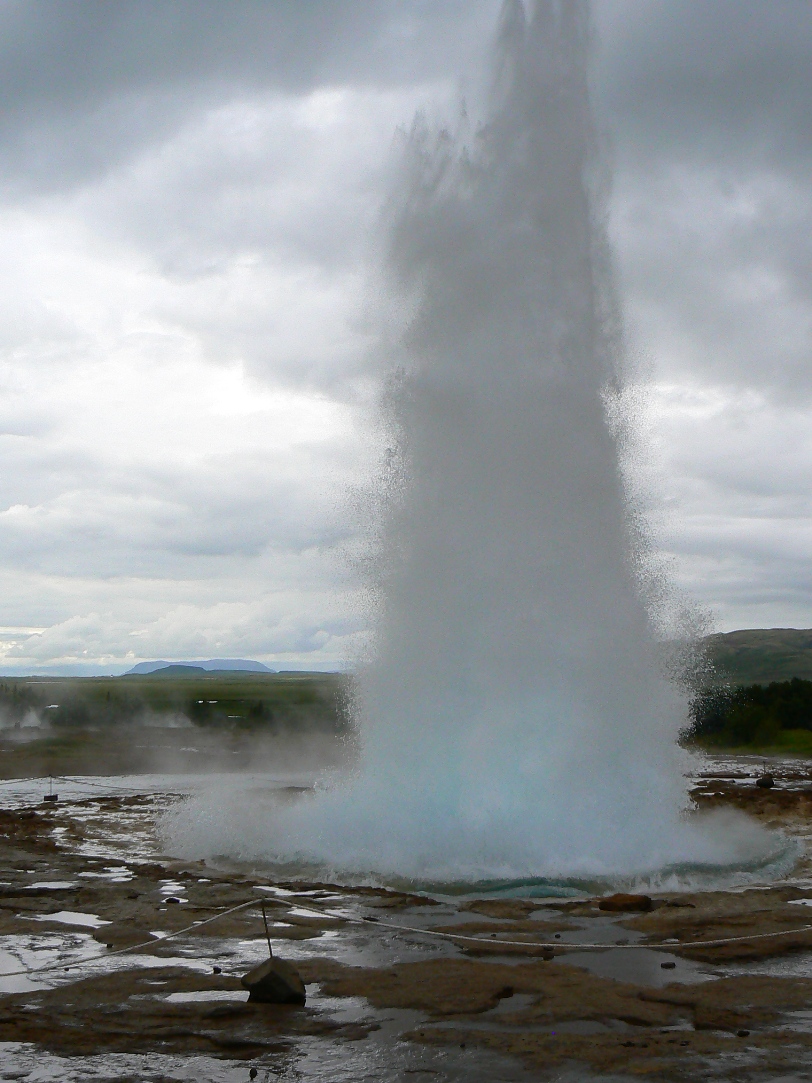 On the first hand, tourisms is crucial for the economy’s increase; it was a remedy for the crisis of 2008, because the lower prices attracted more and more foreigners to visit the country. On the other hand, this small island notes several disadvantages of the tourist invasion. “Our nature is a main victim”, says Guðjónsdóttir. Tourists paradoxically destroy the reason for which they had come to Iceland. Dropping litter, diverging from principal routes, popping-up tents in protected places and unreasonable behaviour are one of the significant dangers. Even the Geysir has been wasted because of the tourists; to intensify its eruptions they used soap which polluted the spring.

However the Icelanders are not officially hostile for their guests – they are even regarded as one of the friendliest touristic destinations in the world. Probably the only possible idea to save nature and “tame” the increasing number of visitors is to invite them to cities, showing a different idea of exploring the country than visiting the Golden Circle. As Guðjónsdóttir says, tourist industry noted a struggle between nature and culture. It is not at all surprising that the popularity of Iceland results from the fact that it can offer tranquillity and a real escape from clamour of the European cities.

In the 2015 Lonely Planets’ plebiscite for the best places in Europe an Icelandic city Akureyri was awarded, with its tranquillity and “suburbanity” as main virtues (“north’s green pastures, fishing villages, mud pots, waterfalls, ski fields and whale-filled bays”). At the same time Reykjavik was named the best place to spend the New Year’s Eve in, though its vivid night life is one of the most frequent complaints amongst its inhabitants.

This is why Icelandic cites are supposed to attract foreigners by their rich cultural offer. Reykjavik is not claiming to become the second London, Paris or Vienna, and it will not be one anyway. Iceland’s capital cannot appeal tourists by museums of old-masters’ paintings nor examples of historical architecture. 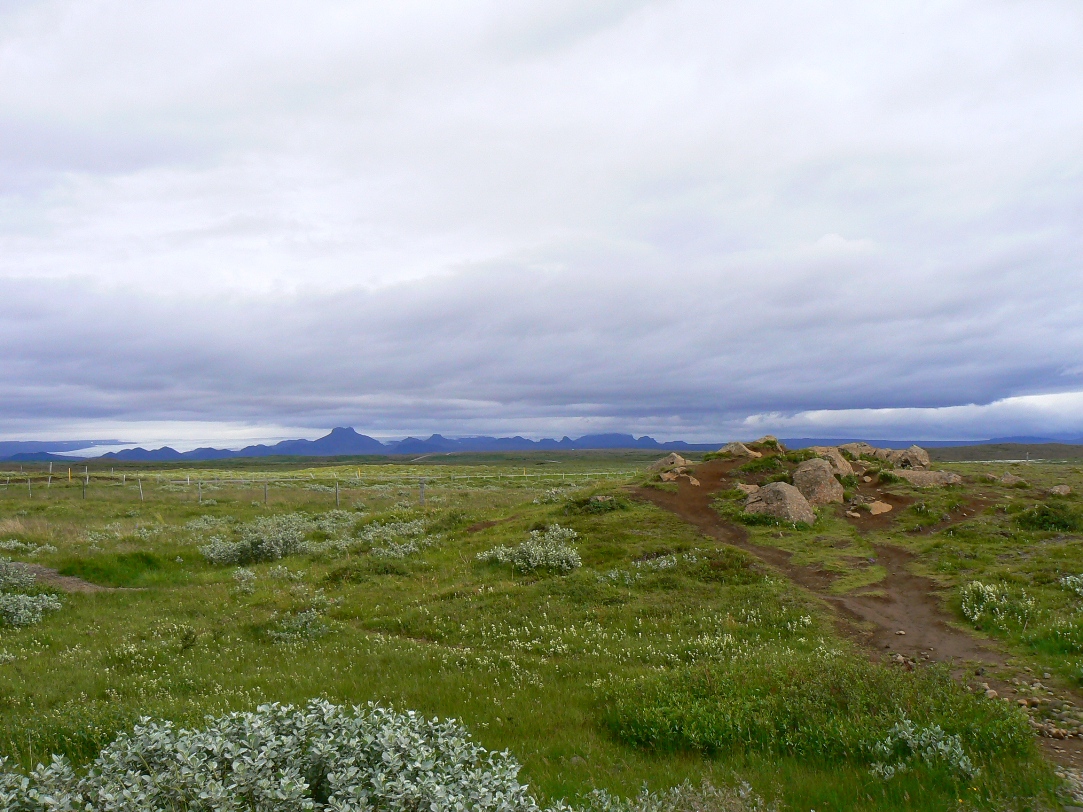 Notwithstanding, it can take pride in its intangible cultural heritage, represented by precious collection of the sagas’ manuscripts and the monuments after the Vikings era. The society that proud of its culture, on which it has built its identity and independence from other Nordic countries, is raised on an ethos of a daily contact with the culture. Nearly every Icelandic child sings in a school choir. A statistical Icelander goes to the theatre at least two or three times per year. One of ten inhabitants of the island publishes a book. Every village owns a public library.

Many of Icelanders gather each evening to listen to the sagas in the radio – the popularity of the programme comes from the strong attachment to these stories. The Icelandic sagas, written in the 13th century and telling adventures of first inhabitants of the island, are still comprehensible for the contemporary Icelanders as the language has been barely changed.

Granted that cultural heritage is that appreciated in the country, the unwillingness to improve historical knowledge in public institutions such museums is astonishing. Expensive investments of creating modern and interactive exhibitions have not succeeded among the inhabitants as among the tourists; the Settlement Exhibitions, opened in 2011, noted only 2% (sic!) of the national visitors while the rest of them were the foreigners. The latter are well welcomed in the museums and galleries in Iceland – they can count on English captions and sometimes even a guide in this language.

Kristín Scheving from Listasafn Íslands, the National Gallery presenting Icelandic painting from the 19th and 20th century, claims how important is to promote the national art amongst the Icelanders themselves. The fine arts seems to be still unappreciated by the public opinion, whereas other arts, such as music and singing, are very popular and practised, for it comes from the long tradition of the skalds, singing poets.

The success of the Settlement Exhibition among the tourists results from the policy of creating a good education system in the Icelandic museums. The exhibition has been prepared with precision and great care of the details. It has been created by not only historians and archaeologists, but also guides, teachers and educators were involved. According to Sigrun Kristjánsdóttir, director of the Education Department of the Reykjavik City Museum, „museums are obliged to strengthen their image as educational institutions.”

At the same time Anna Margret Guðjónsdóttir reminds that the access to culture is one of the main human rights in Iceland and equalising opportunities of participation in culture life, also through education, is a mission of museum curation (due to the law of Iceland, school groups have a free admission to museums). 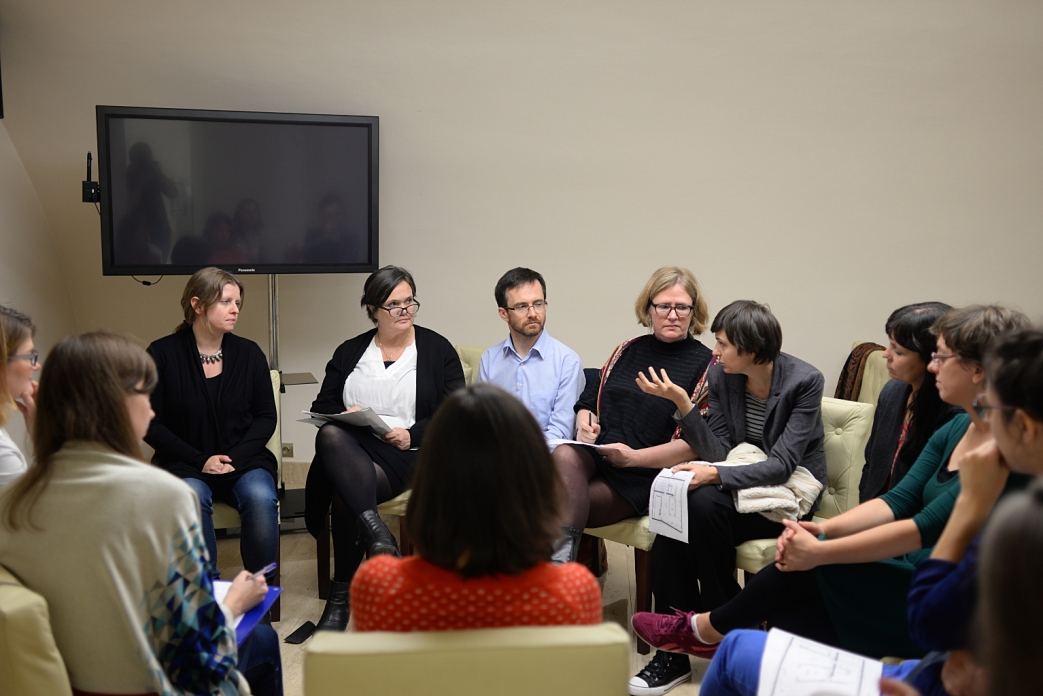 Hence all sorts of local initiatives are launched and public events organised, such as Reykjavik Culture Nights or actions in smaller towns, coordinated by Kristín Scheving, including the creation of Sláturhúsið Culture Center in a former slaughterhouse in Egilsstadir and plenary festivals of various visual arts from video-art to circus. All these undertakings have been organised in order to encourage local communities to participate in cultural life and to accustom them to the arts in everyday life.

All these public investments in the cultural education, such as cyclic festivals and events as well as funding new art galleries and historical museums, are good instruments to attract foreign visitors. It can be successful not only in big cities, as Reykjavik or Akureyri, but also on the East Coast, which can be proved by the example of 700 IS Hreindýraland , a video-art festival organised by Scheving, very popular among foreigners.

Iceland becomes an interesting idea for contemporary artists, even though still a lot of them decide to make career abroad (for instance Erró and Olafur Eliasson). Although Reykjavik cannot compete with other European cities as a centre of traditional fine arts, it has chances to become a capital of contemporary art. The ultramodern architecture of Harpa or Yoko Ono’s installation “Imagine Peace Tower” on Viðey Island are ones of the numerous proofs of its potential. 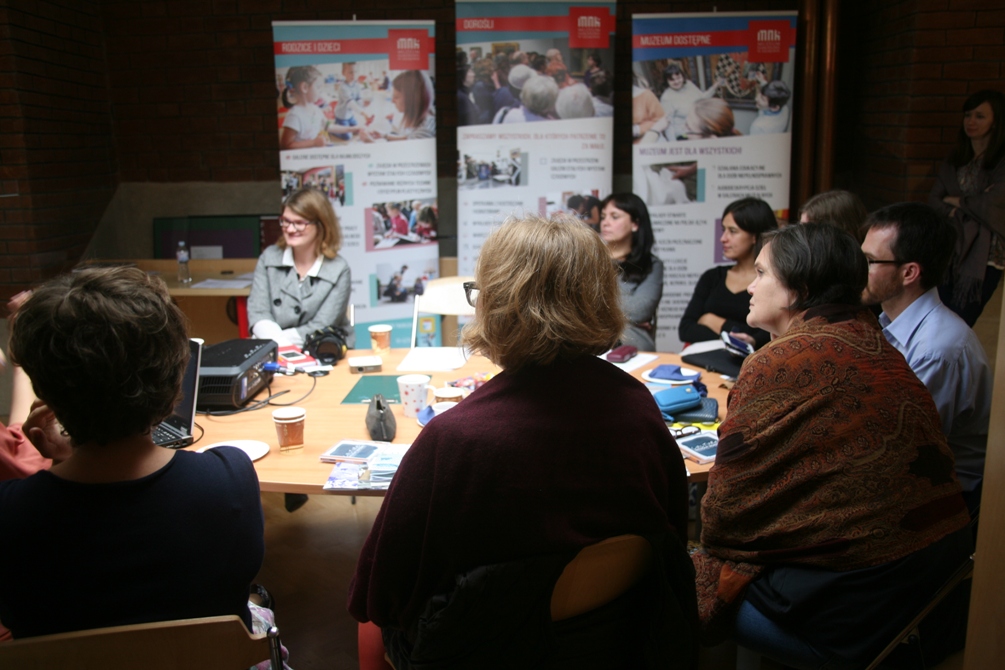 Recently the National Gallery of Iceland has opened The Vasulka Chamber, centre of Electronic and digital art in Iceland, concentrating on the digital donation given by pioneers from the 60’s in Video art, Icelandic-Czech couple, Steina and Woody Vasulka, who have been still working this today. Eventually, Iceland sets a good example in maintaining its national heritage, but also supports similar projects in other countries. Many of initiatives funded by Icelandic grants take place also in Poland, for instance a construction of the Józef Czapski Pavilon, a new branch of the National Museum of Cracow. 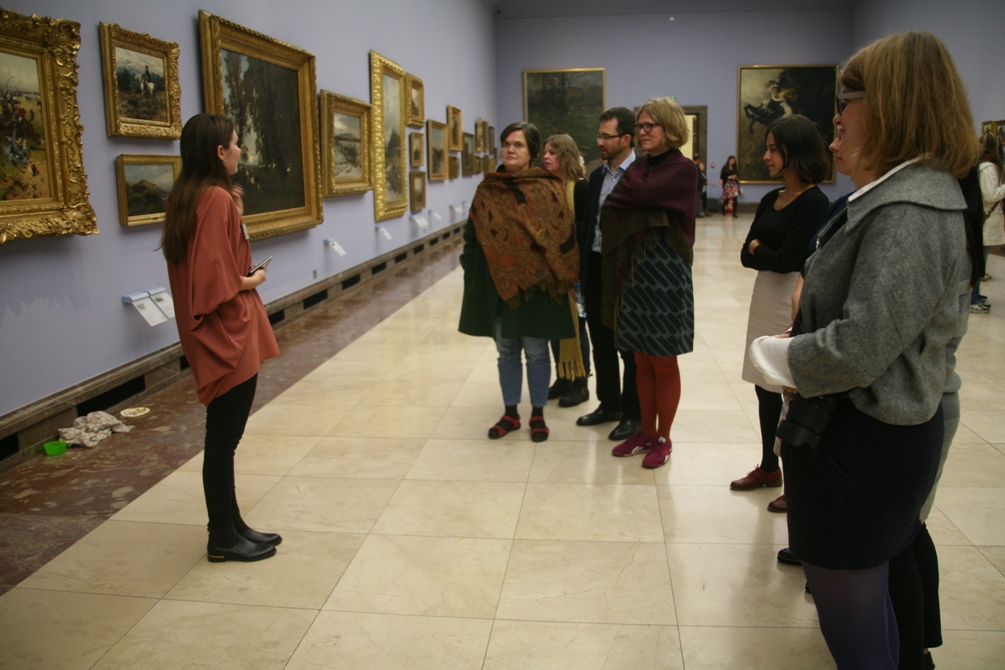 Concluding, is Iceland going to become an attractive destination for fine arts amateurs and culture lovers?

Considering tourism’s history of the island, what appealed foreigners most in the past was the culture. Travelling to Iceland and admiring the picturesque postcards of the Land of Fire and Ice, it is worth keeping in mind that the image of mysterious, misted island was created through the cultural relicts, fairy-tale literature and elfish music.

This article was written according to a visit of Anna Margret Gudjonsdóttir, Sigrun Kristjánsdóttir and Kristín Scheving in the National Museum of Kraków from 29th of September until the 1st of October 2015.

The National Museum in Krakow, in partnership with Evris Foundation ses from Iceland has been carrying out the project „Good educational practices in local community work – study visits and workshops as part of the Polish-Icelandic cooperation„.

The project is co-financed by the Bilateral Cooperation Fund – part “b” for the Program “Maintenance and revitalization of cultural heritage” carried out within the framework of the European Economic Area Financial Mechanism and the Norwegian Financial Mechanism 2009-2014. The financial support comes from the funds in Iceland, Liechtenstein and Norway, as well as from the national budget.

photos of Iceland by Agnieszka