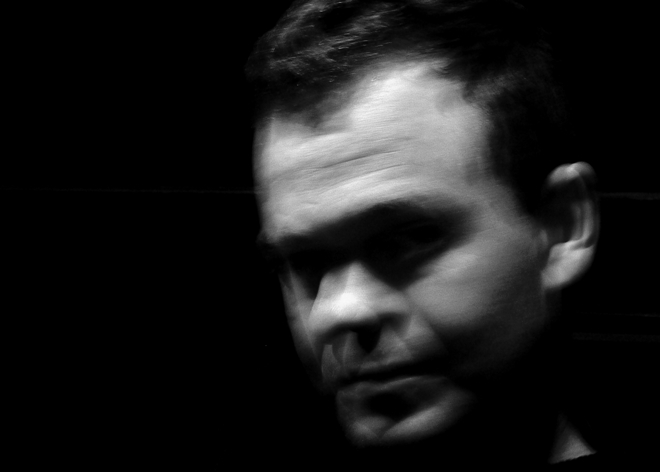 Some time ago we have included a review of the album „A copy of me” by Hjörvar Hjörleifsson on our website.

Shortly after that we were able to persuade the icelandic artist to talk about themselves and about the music he created in the past and also what creates today. Listen!

I have been playing music since 1989 when I started my first band called Guði Gleymdir (Forgotten by God) in elementery school. It was a typhical youth band and we loved rehearsing and playing a lot. Guði Gleymdir released one cassette in 1990 and in 1993 we changed the name of the band into Los (after one of our songs).

Los released the first song called Laut on a compilation album called Íslensk tónlist 1993. The album was a part of a music festival that took place in the country side of southern Iceland, in a place called Þjórsárdalur. The following year we released another song called Ástfrægð on a simular album called Smekkleysa í hálfa öld which included various acts, such as Sigur Rós, Björk and many other great artists. Los split up in 1996 after recording songs for at least two unreleased albums. Los band members: Jón Yngvi Gylfason, Halldór K. Júlíusson, Már Halldórsson, Ragnar Þór Ingólfsson, Hjörvar Hjörleifsson.

In 1996-1997, me and two band members from Los formed another band called Bee. We recorded a few songs which unfortunately never saw the light of day.

In 1998, me and Halldór K. Júlíusson from Los formed a band called Monotone. It was an electronic band under various influences from the music I had listened to from childhood, such as Depeche Mode, Gary Numan, Ultravox and many others. We released two songs on the album Neistar which included various electronic artists from different styles.

During the years 1998-2003 we struggled to make music along with building our own studio. Monotone faded out while the studio became ready, and at long last I recorded my first solo album in the studio with my friends from the band Ensími. I had been writing songs that were meant for Monotone Project, but during the period we had gone in different directions.

I had known Guðni, the bass player from Ensími, since early years when we played the same gigs, but it wasn’t until we met in a party held in a music store where he worked that we got to talking and realized we shared the same interest in music. Later on Guðni suggested we should talk to the other members of Ensími and see if they were in. We did – and it simply clicked!

With the great help of Halldór from Los we recorded the album Paint Peace in our studio Fatherland in a 8-10 month period in 2003-2004. During the recording period Ensími’s great drummer decided to quit the band and I had already recorded four songs with him. The band got another fantastic drummer, Arnar Þór Gíslason, and ever since, he and bass player Guðni have been playing with me.

We finished the album, released it in October 2004 and I played my first gig on Iceland Airwaves that same year under the artist name Stranger. The line-up was Guðni and Arnar on the bass and the drums, Hrafn Thoroddsen on keyboards, Pétur Ben on guitars and me on vocals and guitar.

The songs on Paint Peace were up to eight years old, so for me that album was an end to the struggle of the years before. I had managed to put an end to the past were nothing seemed to go right.

The artwork on Paint Peace was done by another great friend of mine, Björn Ófeigsson.

In 2006, I had started writing new songs and wanted to do something spectacular during the recording sessions, for example go abroad and record the album in a totally different way. Insted of producing the songs my self, I presented each song to the guys in the band and we did something together with it. Some songs that I had visualized as ballads or chilled-out songs became rock songs and vice versa. The production of the album proved to be an unforgettable experience.

We recorded it in one week of May 2006 in Puk Recording Studios in Denmark. In additon to the band we had two engineers with us and because of that the recordings went smoothly without any problems at all. We had a great time and I think it is audible when you listen to it. Although the recording period was short, it took me almost one and a half year to finish the album. I had been trying out different engineers to work with, and they either didn’t fit the project or didn’t have enough time. So a friend of mine suggested I should talk to Ken Thomas, who for example had done great things with Sigur Rós and other great bands in Iceland. After a few emails and talk about some technical issues he jumped on a plane and did his magic. The assistance in the studio was done by yet another great friend, Hafþór Karlsson (Haffi Tempo), and the working process with Ken and Haffi was magnificent.

The songs on A Copy Of Me are totally different from the songs on Paint Peace. I have always written the songs first and then focused on the vocals and lyrics. The music I listen to myself also frequently has to have a good rhythm and originality. Usually I don’t have to struggle to write a song – that is something that comes naturally to me – but when it comes to writing lyrics and vocal melodies it gets a bit harder. I like singing in a dramatic way and about dramatic things and put my feelings into it, and I guess I’m a bit curious about God and what happens up there. When it comes to lyrics, I never used to set my mind on writing about something special or to make a record about a particular concept (although the first idea about the album I’m working on these days was to write about mountains). Usually, I just like to write about things that happen in our daily lifes, basic things like love, struggle, news, death and stuff.

Take the song Engineer in Love for example. People are always exploring new ways to make love. In my song it´s the engineer who is the explorer.

See the Sea is a song about a lonely person trying to figure out what´s going on in God´s mind.

She Ticks happens in an imaginary world where “she” is large, she is powerful and she is a lot – basically saying that she´s extra large in a good way and capable of doing things that people that are not so large can’t do, like dancing and having fun!!

And The Way I Act is a song about a man who always drinks too much and passes out and imagines that talking to God will solve his problems.

Soon after I released Paint Peace I was told that there was another band called Stranger and had been active for a long time. So I went through a bit of a name crisis and after a while I decided to go under my own name (maybe not the smartest move, but without a question the right move for me). Foreigners find it hard to pronounce, but I hope they´ll learn it if they like the music 🙂

When it came to making the artwork for A Copy of Me I turned to my friend Björn again. The ignition for this was when I asked him and two other friends of mine, Sigvaldi J. Kárason and Pétur Karlsson, to make a video for See the Sea. They wanted to do a futuristic kind of a space thing with rockets and stuff, so after we had started shooting the video me and Björn started talking about combining the video and the artwork. So basically the pictures on the album cover are still shots from the video, printed on one paper sheet (which is something I wanted to emphasize). The album came out in October 2008.

The making of the video was a thing to remember.The guys told me I had to shave all my hair off and that they were going to paint me white and dress me up in an old diver suit. “Okay,” I said. But the only thing that troubled me was that the day after we shot the video I was going to go Prague with my wife to celebrate my birthday and I looked like I was seriously ill and had just gotten out of a mental hospital. We had trouble getting the white paint out of my ears so I had white ears for the whole weekend. But the video turned out to be a success and my friends and their collegues did a great job and worked day and night to finish it. The video was premiered at the debut concert of the record.

I’ve been a fan of Depeche Mode for a long time. Their music has inspired me a lot in making music; their way of making music sound different and not being afraid to do something wrong and chasing fame. Another artist, Beck Hansen, is one of my favorites. There is simply something about his music that turns rocks, his sounds and drama. Totally different bands like Primus, The Strokes and David Bowie have influenced me, and then there are Icelandic artists like Leaves and Pétur Ben who are doing great things with their songwriting and lyrics. The world is full of talented musicians!

In the past years I’ve had my downs in my own music making, but I’ve always kept busy. I did some vocals on an album called Fall by a dear friend of mine, Rúnar Þórisson, along with some concerts with him and his band in 2012.

The past year I’ve been busy trying to put an end to recordings I´ve been making for the last three years. We have recorded seventeen songs and picked out ten of them that we think will fit the new album. The whole project has more 80´s feel to it than what I’ve recorded before, more synthesizers and a little bit of the dark side that is typical of the eighties new wave sound. This will be the first album I make in Icelandic, a thing that I’ve wanted to try for some time now. Fortíðarbörn, the first single from my forthcoming album (its working title is Hólar) will be released in March 2014 and hopefully the full album will come out in May 2014.

The band has the same members as before, except for a new guitar player, Birkir Gíslason, and Þorbjörn Sigurðsson that has now turned to keyboards.